Lozenitsa Village is located 14 km southeast of Sandanski and 3 km southwest of the town of Melnik.  It is situated at the foot of  Middle Pirin at about 350 m. It is established at its current location in 1956. The old village was on the shore of river Melnik and often the ground would sink along with the houses. Near the village are found remains of settlement from the New Stone Age – in the area Lozyata (Vineyards). In two other near areas are the remains of a settlement that existed during the Iron Age. Near the village can be seen the remains of a medieval church. 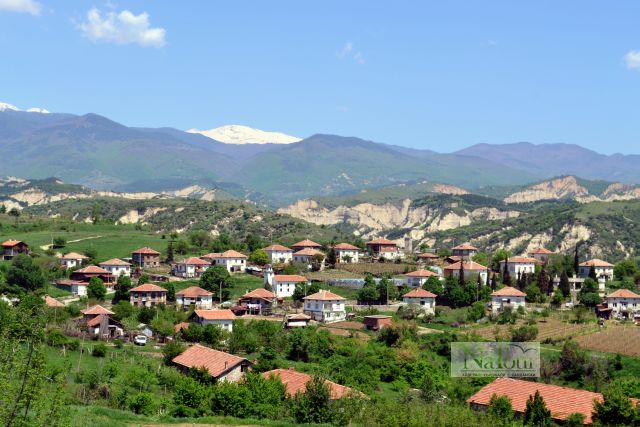