+ 0
The protected area has several independent cores connected by a river valley in a single zone:  including a buffer zone of Pirin National Park, the higher parts of the mountains Vlahina and Maleshevska and between them the deep Kresna gorge in the valley of the StrumaRiver. The area concentrates unique biodiversity.
The area holds 99% of the national area of priority habitat Endemic forests.  It protects one of the three most important areas of habitat of plane trees around the Gorno Breznishki stream. In the mountains on the Macedonian border there are old oak and beech (180 years) forest. Some  of the oak forests are of seed origin. 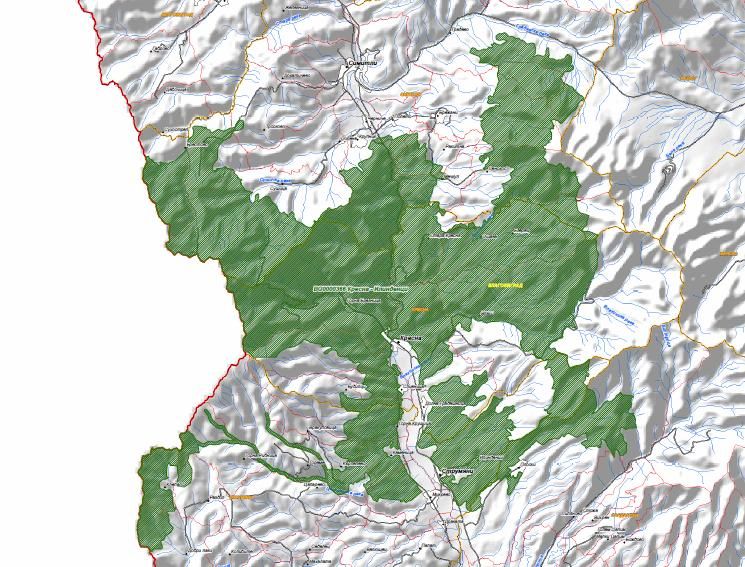